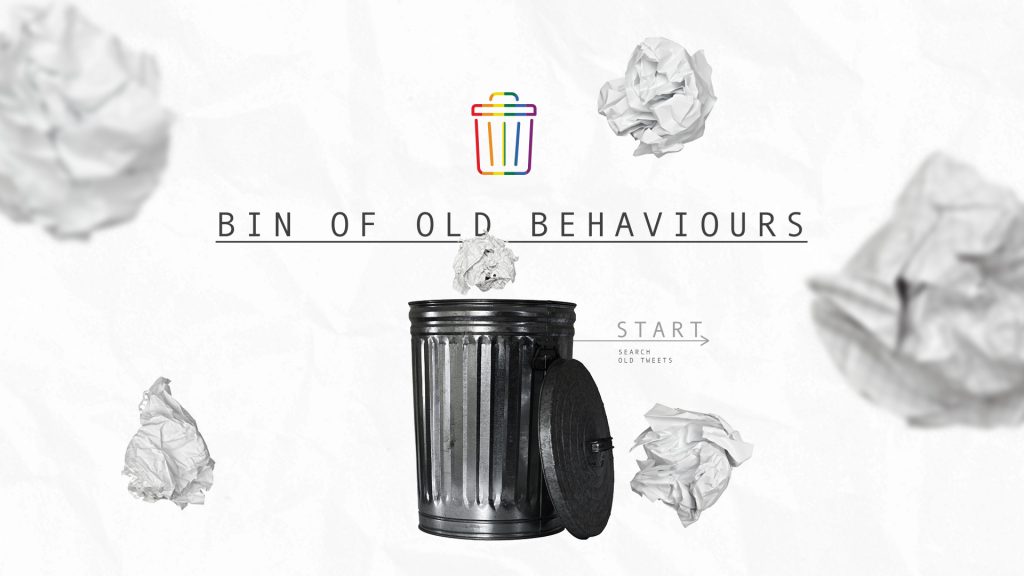 In honour of Pride month, Greyhound Recycling is launching an online tool called the ‘Bin of Old Behaviours’ It is designed to help people recycle themselves, to own up to their past behaviour and move forward making the internet a less toxic place.

The recent growing trend of ‘Call-out culture’ or more specifically, ‘Cancel Culture’ has taken the internet by storm. Cancel Culture refers to a collective moment of “cancelling” or boycotting an offending person for problematic behaviour on Twitter.

Around the world, celebrities like Stormzy, Jack Maynard and Zoella, to name a few, made headlines due to tweets they wrote in the past. Some posts are from over ten years ago and long forgotten until someone goes looking for offending behaviour to call out. These tweets containing controversial terms and slurs they had used, resurfaced recently and was widely criticised in the Twittersphere for the racist, sexist and homophobic content.

Developed to combat this trend which promotes an unhealthy witch hunt by holding people accountable for ideas that don’t reflect who they are anymore, this tool allows people to quickly find and review their old problematic tweets. This is done with a custom search facility which trawls your old tweets for certain keywords associated with racist, sexist and homophobic behaviour.

In order to delete the tweets and move forward, people have to share a personalised image owning up their previous thoughts and a link promoting healthy information sources to combat prejudice.

Try the tool for yourself here www.binofoldbehaviours.com

Dear Customer, **Business as Usual** Greyhound would like to assure both co...